The mistakes that destroy the Profile of a Leader 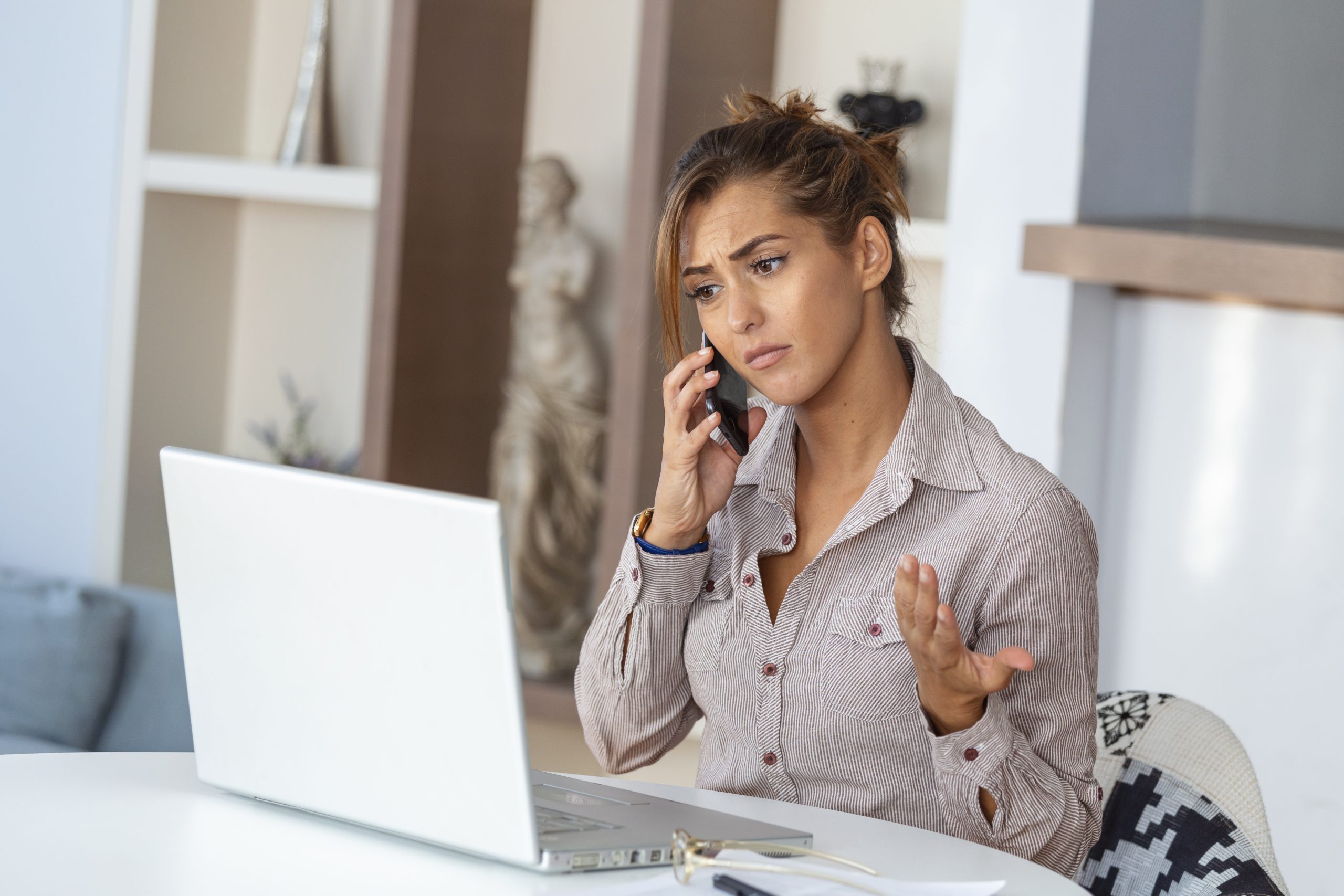 As with most popular sayings, there is some truth in the adage, “Great leaders are born, not made.” To some extent, the capacity for great leadership is innate. However, learning how to be a more effective leader is within everyone’s grasp – whether you lead multiple teams, an entire company or just one staff member.

Effective leaders periodically take stock of their personal strengths and shortcomings. They ask:
What do I like to do?

What am I really good at?
What are my areas of weakness, & what do I dislike doing?

Knowing your areas of weakness does not make you weak; on the contrary, it allows you to delegate to others who have those abilities, in order to achieve the common goal. Rather than clinging to the false belief that they can do it all, great leaders hire people who complement, rather than supplement, their skills. Working on your areas of weaknesses will improve your leadership ability – and recognizing them makes you more human.

“It takes a village to raise a leader,” says an African proverb. While theories on leadership contribute to varying attributes that enable an individual to become a leader, it is acknowledged that a leader has to be adequately cautious if he or she has to sustain the leadership over a long period. Right from the moment of assuming a leadership role, one would feel the winds of challenge from all directions of their operational universe. Therefore, the leader has not only to face these challenges with courage and conviction but ensure that their leadership profile is sustained without loss of esteem or repute.

It is seen that the following factors do contribute to the downfall of a leader to a large measure.

Not providing the full picture
Nature abhors a vacuum and so do most employees. Being asked to do X without understanding the context or how it feeds into Y is both disorienting and disheartening. It’s difficult to give your best effort when you don’t know to what end it’s being applied. Bad leaders don’t think about building buy-in and fostering an atmosphere where information flows freely and each employee knows the goals his or her work contributes to. If you withhold the big picture from your team, expect them to withhold outstanding work from you.

Not acknowledging effort
Everyone has an ego and a good leader understands the need to stroke the ones on her team. Don’t wait until it’s crunch time and you need a herculean effort from them to dole out the praise — they’ll be skeptical of your sudden magnanimity and rightly so. If you want great work in the future, acknowledge the great work they’ve given you in the past. Poor leaders under-praise or wait until their team is already thoroughly deflated before handing out hasty compliments.

Failing to steer the ship
There’s a difference between providing hands-on direction and micro-managing, but that balance is difficult to strike and recognizing it comes from experience. Unfortunately, many new leaders embrace a laissez-faire approach to leading a team in hopes of not appearing too meddlesome and nit-picky. While their desire not to interfere comes from a good place, working for a boss who doesn’t step in to fix dysfunctional team dynamics, who hesitates to make tough calls and who isn’t willing to get down in the trenches with his or her team when needed is a guaranteed motivation killer. Who can feel good about working for a leader who doesn’t want to lead?

Celebration of Ego
A leader is like the nucleus of a system and his power and impact radiate throughout the entire universe of his influence. The moment the leader starts celebrating the ego, this power of radiation and influence slowly decreases. He is seen as a unique identity in the universe. The members of the universe see him as one to celebrate, as one to admire, as one to be idolized and one different from their own emotional circle. This creates a duality between the system and the leader, thus distancing the followers from any belongingness to the nucleus. This separation increases over a period of time raising questions about his relevance to their emotional and social needs in the system and for the system. Further, most leaders while celebrating their ego, look down upon others in the team, while assuming a heroic profile of their own selves.

Failure to Reach out
There is a general tendency for the leaders to climb up the ladders of power and superiority, oftentimes stepping over the shoulders of his followers. Over a period of time, the leader starts assuming that the value of their leadership relates to the positions they hold. They also start thinking that there has to be a meteoric rise in their leadership profile at any cost and therefore they engage themselves in performing some personal or professional gimmicks. Such things have limited and transient value. The followers see the absence of genuineness and credibility in the emerging roles of their leaders and this slowly leads to trust deficit. The leaders fail to respond to the social consciousness of their universe. The absence of touch with the base from where they have grown and their declining credibility is indeed a strong threat to the sustenance of their leadership profile

Lack of authenticity
In many cases, there is a huge gap between the words, actions and performance profile of the leaders. They lack authenticity. They tend to generate a fake populism around themselves through illegitimate means and with the help of non-credible volunteers servicing them for a short period for their own personal gains or an agenda. They try to generate a myth of an aura around them which really doesn’t exist. The world around them realizes in a short time the absence of authenticity in their behavior and leadership. This slowly corrodes their leadership profile and they are driven to self-pity.

Poor knowledge- base
A leader has to be current and relevant if they have to impact the team they lead. If they are not aware, sensitive meaningfully responding to the knowledge dynamics, not only in their own field of operation but to the general global dynamics, they would be considered as irrelevant and not good enough to lead, however charismatic and modest they are. As such, a good leader is sensitive to the futuristic perspectives and has to lead the system to a purposeful future. Use of impressive language that mesmerizes people can help for a short duration to popularize one’s image, but people do see the leader as a man of action and an epitome of knowledge.

Developing a coterie
After reaching a certain level of leadership, leaders of all kinds – professional, political or otherwise tend to develop a coterie around them. This inner circle, most often, not only clouds the radiance of the power and the image of the leader but articulates the messages to its own advantage – thus distorting the profile of the leader. Every member of the coterie, interpreting the power and message of the leader in their own way, the real leader is lost to oblivion. Further, the coterie uses their influence to design their own leadership strategies for their future, thus corrupting the leadership profile of the person to whom they render their service. Evidences of corrupt practices of the members of coterie having destroyed the star profile of the real honest leader are not far from few.

Failure to deliver social justice
Leadership is an exercise in the delivery of social justice. Equity, equality, proportionality, and justice are the foundations in which leadership is structured. A leader who fails to ensure the above and encourage polarization of thoughts, convictions, practices becomes an eye-sore to the deprived. As the above are linked to the emotional content of human existence, the leader who doesn’t deliver social justice is emotionally rejected by society. It is absolutely impossible for a leader to catch up with the missing links of his leadership once this emotional distortion is brought into the social structure. And it is true of all professional and operational edifices of leadership.

Ineffective change management
A leader is essentially a change leader. He smells changes much before they happen and takes steps to articulate the direction of the flow of his policies and actions in the emerging directions. Failure to smell change and take decisions well in advance puts him in a race to compete with others. This would require more energy and time, which is critical in the management of leadership profiles. The challenge for a real leader is not only to be a part of the change but to lead the team towards the change. The wise leaders are those who lead the change.

In a highly competitive world where leadership profiles in all domains are under constant challenge, a competent leader should be conscious of the above challenges that he would be continuously facing to save his role.