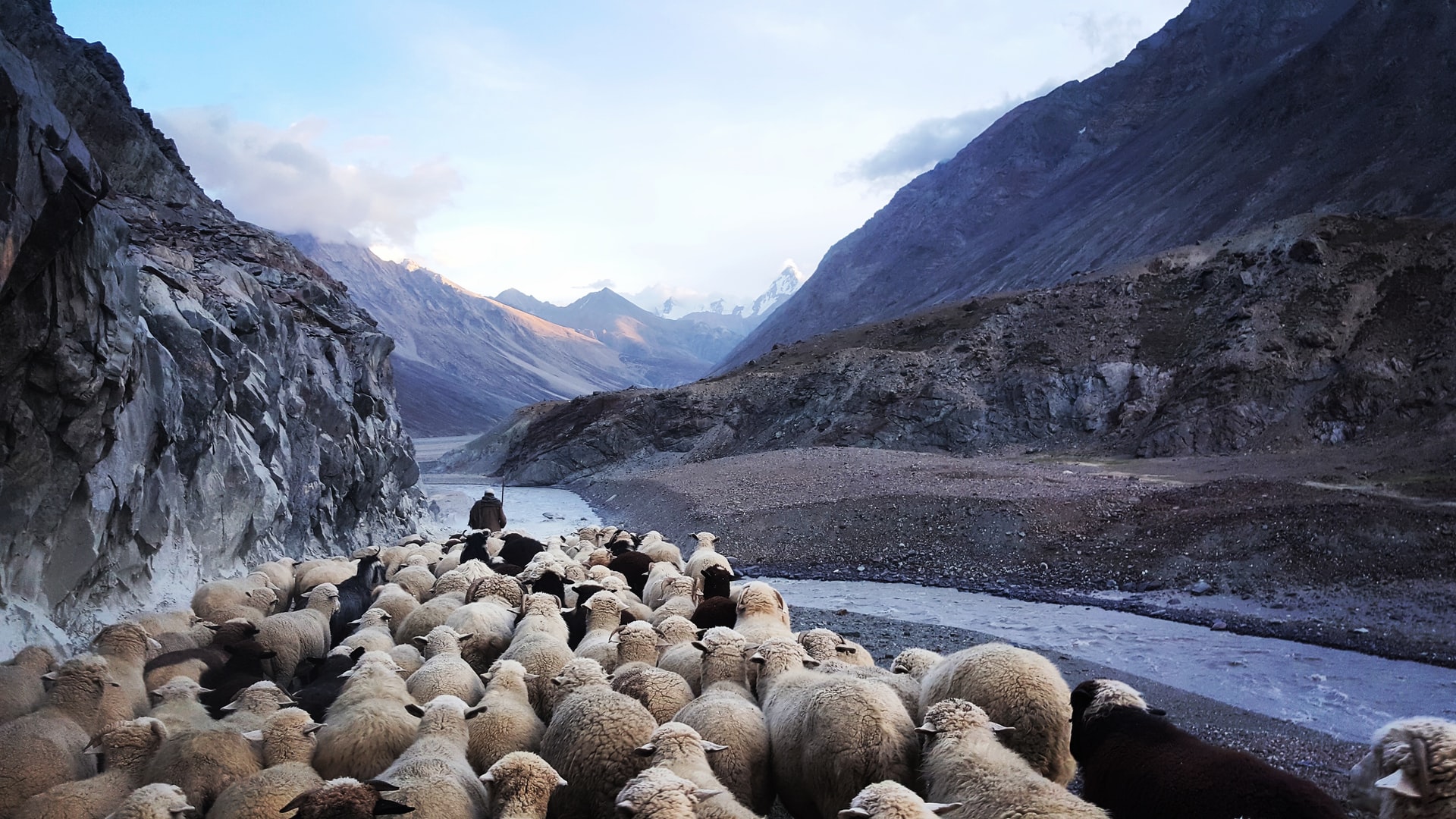 Is there really such a thing as the “SHEEPLE” mentality — a tendency by the vast majority of us to follow along mindlessly and without resistance? What’s more unpleasant to see than the herd spirit in humans? The manipulation led to the stage when humans behave like dumb sheep. Many times, you may have wondered what the hell you were doing or how the heck you had got amongst a gang of seeming idiots. New research published shows that humans really flock like sheep and birds, subconsciously following just a bunch of individuals. Just 5 % of the crowd may herd, like cattle, the rest of 95 %.

“If the freedom of speech is taken away then dumb and silent we may be led, like sheep to the slaughter.” -George Washington

Think about how entire populations follow enigmatic leaders, for better or for worse. While Hitler certainly was not loved by all Germans — and not all Germans were members of the Nazi Party — he certainly managed to captivate the vast majority of the German people, who followed him as he led a conquest of the European continent that caused the deaths of tens of millions of people and destroyed entire nations.

We tend to follow what other humans are doing. What’s more, down through human history, we have built institutions and recreations that feed into our crowd mentality, to provide us with “that dangerous, fascinating thrill.”

“If people are good only because they fear punishment, and hope for reward, then we are a sorry lot indeed.” -Albert Einstein

We take this need of ours to be socially accepted and apply it to violent and destructive mob mentality such as riots, gangs and the mother of all mob mentality, war? Take military groups for instance. They are taught to be the ultimate conformers. Dress alike, look alike, walk alike, do what you are told when you are told and never question your “superiors”. For this, they are called heroes, given guns and are encouraged to murder and torture their fellow human beings. The reward centers in their brains are going off the chart. So much so, that they will commit acts they never knew themselves capable of.

Fashion is another example. Remember the checked bell-bottoms, sideburns of the seventies? We roll our eyes and laugh at those styles today, but are our current styles really any better? Are we really any better at determining what is attractive now? Think of the current trend of wearing baggy jeans halfway down your butt and a baseball cap worn sideways. Is that really attractive?

Yet millions of people dress just like that and are considered to be very stylish. Are our own ideas of beauty any less weird? Women, who appear to be on the brink of death by starvation, massive breasts filled with saline, huge lips filled with collagen: are these things truly more beautiful?

“Life is like a game of cards. The hand you are dealt is determinism, the way you play it is free will.” -Jawaharlal Nehru-

There is a little more science to explain why people will act in ways that go against their basic morals and beliefs. When people are part of a group they can deindividuation, (lose their self-awareness and sense of individuality), and get caught up in the emotional excitement and indulge in behaviors they would not engage in alone. They may not feel personally responsible for their violence as they perceive the violent action as “the group’s”. The bigger the mob, or group, the more they can lose their self-awareness.

“Freedom is the right to tell people what they do not want to hear.” -George Orwell
So, does this mean we are doomed to act like thugs and behave like violent sheep? Can we think for ourselves and not follow the pack? Yes, we can and it is easy. Being aware is enough. Know that when you refuse to conform your brain is going to alert you with “Error! Error! Undo immediately and reward me!”

Be aware that this is the reptilian part of your brain kicking in from days when conformity to the tribe was literally a life or death choice. It will pass. Very quickly. So, go ahead and be a rebel! Next time you are at a not so great event and the multitude leaps to their feet to applaud, just sit there. Will people stare? Maybe, so what? Do you want to be manipulated by the crowd? This crowd or any crowd?

“It is no measure of health to be well adjusted to a profoundly sick society.” -Jiddu Krishnamurti-