Octaware has won the laurels of being acknowledged as Asia's Top 100 upcoming Tech Start-up, an honour previously shared by the likes of Google, Skype, FaceBook, etc. In the fiercely competitive industry we were able to beat competition from many countries including India, China, Australia, Japan, Singapore, Hong Kong, Korea, Vietnam etc.The event was widely covered and publicized.

At a power-packed function in Shanghai on 16th November,2010, Red Herring announced its Top 100 Asia Award in recognition of the leading private companies from Asia, celebrating these start-ups’ innovations and technologies across their respective industries.

Red Herring’s Top 100 Asia list has become a mark of distinction for identifying promising new companies and entrepreneurs. Former winners such as Google, eBay, Skype, Facebook, and YouTube were discovered early on by Red Herring, who identified the potential of these companies as future Technology leaders changing the way we work and grow.

Hundreds of Technology companies across Asia including India, China, Australia, Japan, Singapore, Hong Kong, Korea, and Vietnam had submitted their applications for the prestigious award this year. A stringent review process, saw the short-listing of Finalists and after a further rigorous evaluation Octaware Technologies was announced as a winner.

Red Herring’s editorial staff evaluated the companies on both quantitative and qualitative criteria, such as financial performance, technology innovation, management quality, strategy, and market penetration. This assessment of potential is complemented by a review of the track record and standing of start-ups relative to their sector peers, allowing Red Herring to see past the “buzz” and make the list a valuable instrument of discovery and advocacy for the most promising new business models in Asia. 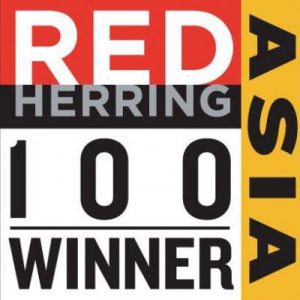